Ural Federal University named after the first President of Russia B. N. Yeltsin (UrFU) is one of the leading universities in Russia, located in Yekaterinburg. Yekaterinburg is a modern and dynamically developing Ural metropolis, the fourth largest city in the country in terms of population, and the capital of the 2023 FISU Summer World University Games. UrFU is a state university established by the Ministry of Education and Science of Russia after the merger of Ural State Technical – Ural Polytechnic and Ural State Universities.

Over its 100-year history, it has become one of the recognized Russian leaders in research and education. The university employs about 4500 teachers, including world renowned experts in engineering and technology, natural, social and human sciences. More than 35,000 students from 101 countries of the world study at UrFU, and the university's alumni community exceeds 380 thousand people. 12 institutes provide more than 450 undergraduate, graduate, postgraduate programs in technical and natural sciences, as well as in social and human sciences taught in Russian and English. The scientific infrastructure of the university includes 72 key centers of excellence and 164 research laboratories with the most modern equipment, including 12 international laboratories used by scientists from world-leading universities. Access to cutting-edge facilities and the possibility of collaboration with foreign researchers opens wide opportunities for students' scientific activities.

Since September 1, 2017, the Ural Federal University has the power to award academic degrees.

The priority research areas at UrFU are: Physics and Astronomy, Energy and Resource Saving, Information Technology and Telecommunications, Mathematics and Mechanics, Chemistry and Materials Science, Social Sciences and Humanities.

As a scientific center of the region, UrFU is a project office of the Ural interregional research and education center (UIREC) "Advanced Industrial Technologies and Materials" of the world level. The goal of the Center is to establish a coherent cooperation for the development of science, education and innovation in the Ural Federal District.

UrFU serves as a broad international platform. Students have the opportunity to attend open lectures given by renowned scientists or politicians. The University conducts joint scientific research with world’s top-notch experts as UrFU visiting professors: for example, since 2012, Dr. Jean Jouzel (France), co-laureate of the Nobel Peace Prize, is the head of UrFU Climate Change Laboratory. In 2013, the university launched a large-scale project "Return to Europe: Russian Elites and European Innovations, Norms and Models (18th - early 20th centuries)" under the leadership of the famous French researcher Dr. Marie-Pierre Ray. In 2015, the former German foreign minister Frank-Walter Steinmeier, addressed the university community at UrFU; in 2016, the Nobel Prize-winner in Chemistry, Professor Dan Shechtman. All UrFU students can take part in international student exchange programs, spend a semester or a whole year in one of 109 partner-universities from 34 countries. Ural Federal University actively promotes academic exchange by participating in international mobility programs: Erasmus +, North2North, Mevlana, First +, DAAD. 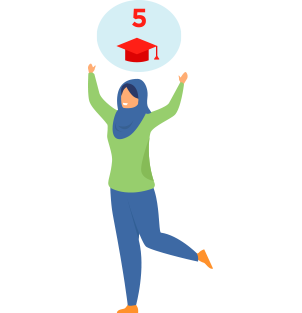