Uvindu, what does your postgraduate research paper address?

In a broad sense, it’s Russian history. To be more precise, it’s focused on relations between the USSR and South Asia countries during the Cold War and the Soft Power theory. A widespread assumption is that it was a purely western or rather American tactic but I can see it in the USSR’s policy and diplomacy. It is a very interesting theme. I began to consider it for research during my graduate political science studies at SUSU.

Did you get your bachelor’s degree in your home country?

I hold two bachelor’s degrees. In Sri Lanka, I got a Bachelor of Arts degree. Then I studied at Andhra University in India; this is where I took up political science.

How did you get into SUSU?

Oh, it’s a long story! My father went to Peoples’ Friendship University of Russia in the 1960s. Back then, its name was Patrice Lumumba People’s Friendship University; my father was among its first graduates. He is a doctor by training, but politics was his lifelong activity. In actual fact, he never worked as a doctor; father led the liberation movement in Sri Lanka and was an organiser of the April revolution in 1971. I probably developed an interest in politics and love for Russia because of him. Eventually, it had to land me at a Russian university. In Sri Lanka, I was president of the Russian Club. We have a rather powerful Russian culture centre there; many people are interested in Russian films and literature. Pushkin, Gogol, Dostoyevsky, Tolstoy are well-known in Sri Lanka; they are very much liked. 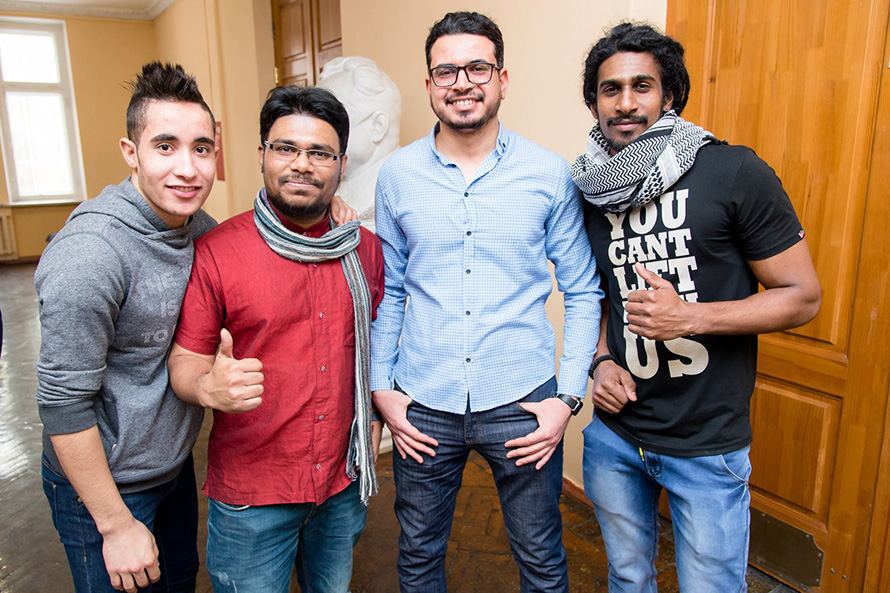 Yet you didn’t enrol at a literature institute, not even at a philology department.

True. I’m more interested in politics than literature. I want to become a diplomat. So I defended a thesis in international relations. I’m writing a dissertation in this vein. I hope to work at the Sri Lankan Embassy in Russia. Of course, studying at a Russian university opens good prospects to me in that respect. At least, I’m familiar with the language, culture and political situation in the country.

What struck you most about Russia?

The winter, of course! The snow and ice. It’s amazing. I decided to try winter sports. I can skate, but cannot ski yet.

What kind of welcome did you get here? How did you adapt?

There are no adaptation problems at SUSU. They have a good mentoring programme: a senior student from the newcomer’s home country or Russia is assigned to help quickly remove the adaptation stress and the language barrier. When I came to Russia to enrol in a Preparatory Department, my mentor was a fourth-year student from Sri Lanka. Now I give a hand to newcomers from Asia. 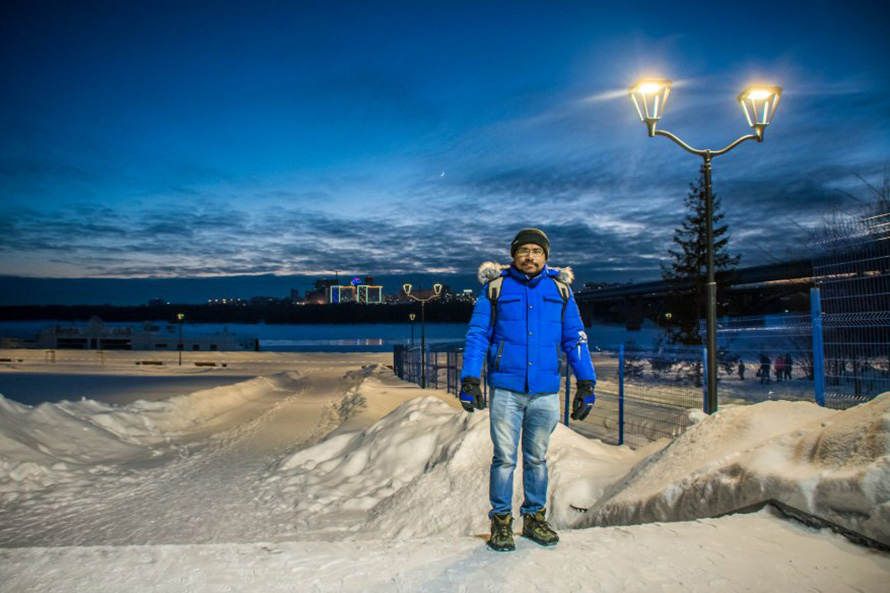 Did you take a Russian course at the Preparatory Department?

I’d say the Preparatory Department taught us to to live and study in Russia. We had adapted programmes in all subjects and we were also taught to adapt to the winter. Actually, we were given tips on dressing depending on the weather, and on how to walk on icy streets.

Did you make friends with the locals?

I have many Russian friends. When I came to SUSU, I was given a place at an international dormitory, but I asked to let me share a room with Russians. That way it’s easier to learn the language and understand the culture. In 2017, I participated in the 19th World Festival of Youth and Students and now I have friends all over Russia. Thanks to them, I travelled all over the country, from Kaliningrad to Novosibirsk though I haven’t visited Vladivostok yet. I just phone a friend of mine and say that I’m coming to see them. They meet me and show around the city. 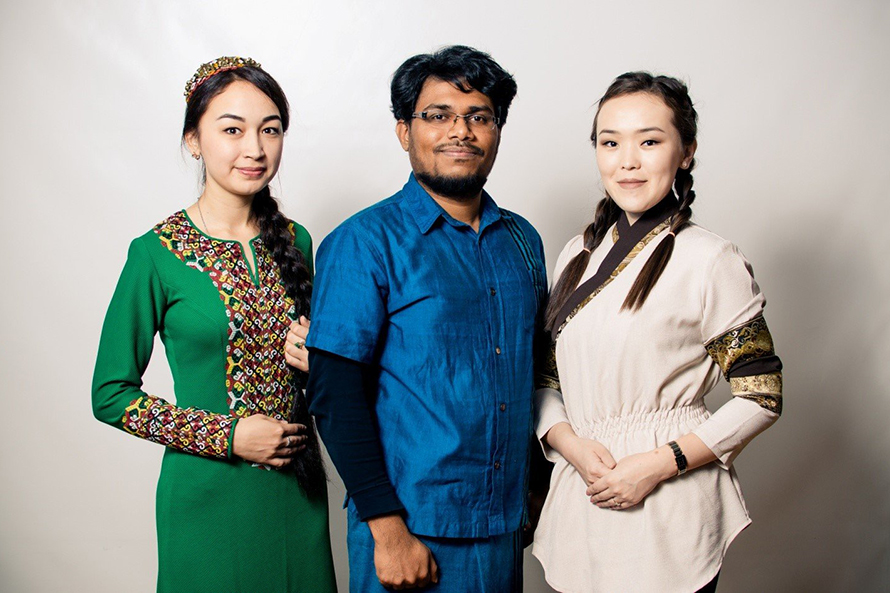 Do you travel alone?

Yes, in most cases. Sometimes, I travel with my friend who is deputy director of the South Ural Student Association; she is from Kazakhstan. I never had problems during my trips. I use a train, a plane or car sharing to travel, and always have very pleasant and amiable companions. I like to take pictures of nature and people. Russia offers the broadest opportunities in this regad. Towns differ from each other as do faces and cityscapes. For example, Moscow is way different from St Petersburg, and Kaliningrad differs a lot from Tyumen...

When did you begin to take pictures? Did you learn photography?

I took to photography in Sri Lanka, but it was in Russia that it developed into a hobby. Here I got acquainted with people from the SUSU photography school and learnt a lot from them.

Please tell about your exhibition.

I participated in the contest Russia through Students’ Eyes and won in five categories, so the university suggested that I arrange an individual exhibition. 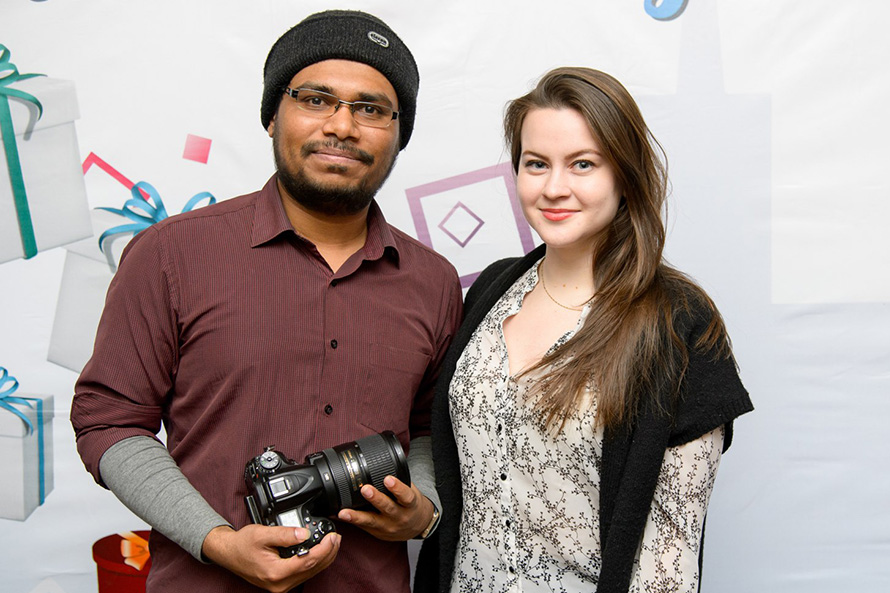 Do you write verses in Russian?

In Bengali. I translate them into English myself. My verses are largely captions. Diana helps me with the translation: I show her a photo and she helps to come up with the Russian version of the caption. When we travel by train, we drink tea and write verses. A train is such a place… people would sing and play the guitar or table games. As for us, we write verses.

How did you become president of the Association?

What would you recommend international students who plan to study in Russia?

If you have plans for Russia as a study destination, drop other options right away! Russia is a unique opportunity to establish international contacts. I communicate with people from 54 countries. If you want to go for a political or diplomatic career, it’s an undeniable advantage. I understand people from all over the world: not only from Russia or Asia, but also from Africa, Arab states and Latin America. I have friends everywhere. It’s a huge plus for a diplomat.