A Cameroonian graduate has fond memories of his studying in Russia. Samara University was an excellent start of his career and private life. In an interview, he shares his memories and emotions.

– Victorien, how did you happen to come in Russia?

– In Cameroon, my native country, I studied electrical engineering at a university. My academic achievements made it possible to seek a scholarship to study abroad. I decided to take the chance after finishing the second year. The government offered me several countries to choose from. I chose Russia and don’t regret it.

A scholarship does not give the right to immediately begin studies at a Russian university; you have to learn the Russian language first. So I took a yearlong foundation programme at the Preparatory Department in Tver before choosing my major. I set off to Russia thinking that I would continue my electrical engineering studies but later on I found out that I could become an aviation engineer. And so I got into Samara University.

– How did your Russian language studies go?

– I will share a secret: it is hard to learn the Russian language well at a university; you need practice. So you have to pluck up your courage and start talking with people in shops, in the street, at museums... Language learning then becomes easier and more interesting. 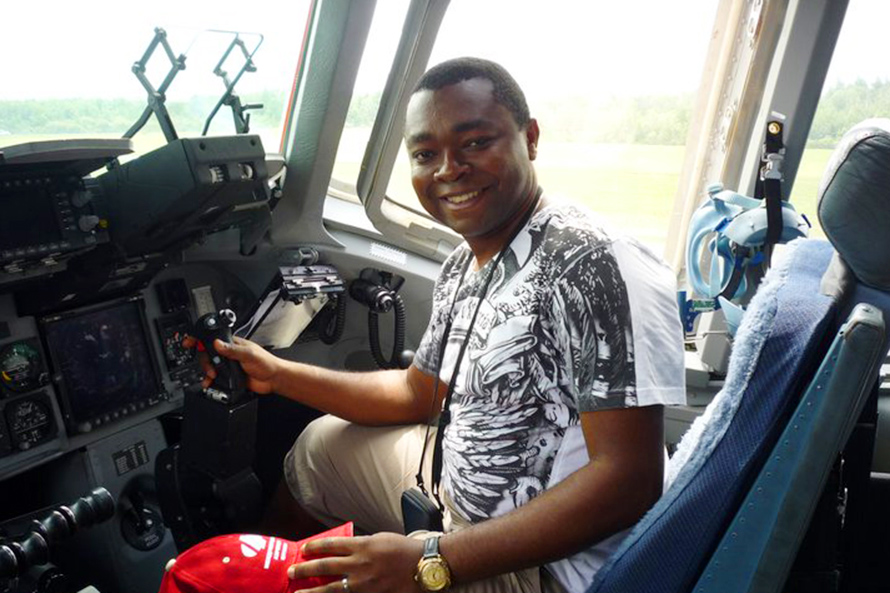 – How do you feel about the Russian climate?

– It’s not easy for a person from a hot Africa to get used to this weather! I hated the winter in the beginning. However, my friends and I often walked the streets and sometimes we even played football with temperatures below zero. By the way, I took a dip in an ice hole for the first time with my teacher Vladimir Pokazeyev. In the long run, I took a liking to winter.

– Was it your only experience in bathing in freezing water, or did you risk to do it again?

– I risked one more time. In all, I plunged twice. It’s extreme after all!

– How do you rate your teachers? Well, aside from their ability to plunge into an ice hole...

– We had superb teachers. They had excellent knowledge of their discipline and, most importantly, they were able to transfer this knowledge. Teachers were always ready to answer all questions and were willing to help even outside of working hours.

– Did you have practice at the university?

– Yes, I did. I don’t know if there are other universities besides Samara University where you can have as much practice. Every summer we practiced on various aircraft and airframes at the Smyshlayayevka airfield. 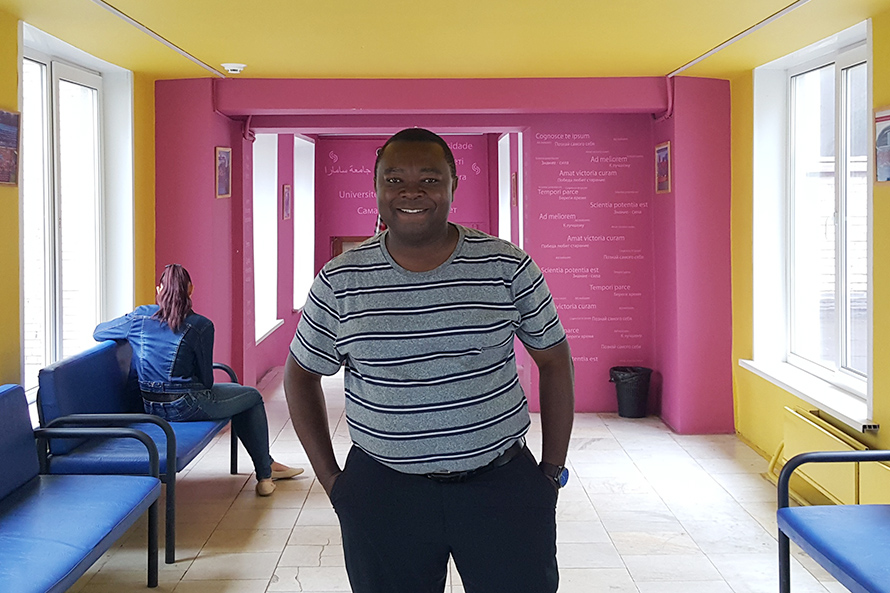 – What problems did you encounter during your study?

– I found technical terms difficult to memorise at the first attempt. To make sure I understood the lecture, I had to read it several times and sometimes I translated it into my native French. Writing course and library research papers in the first and second years was also challenging. Thank God I had excellent group mates: Anton, Talgat and Tatyana. They always supported me and helped translate technical terms from Russian into French. Tatyana and I used to delve into the meaning of terms and sentences I could not understand for hours on end. Five years later we got married and moved to Canada.

– Do your children speak Russian?

– Yes, Maria, Samuel and Daniel speak Russian well because we speak Russian at home. Of course, English and French have powerful influence in Canada but Russian remains our household language.

– What was the attitude to your degree in Canada?

– There are professional communities of engineers in Canada. To join them, you have to pass four examinations at a local university. It applies to everybody except aviation engineers. The aviation engineer degree is recognised automatically. I only had to get a job at an aircraft company. I was confident that I had sufficient knowledge of airframes and aircraft design, so I immediately began to look for a job in my field of study. 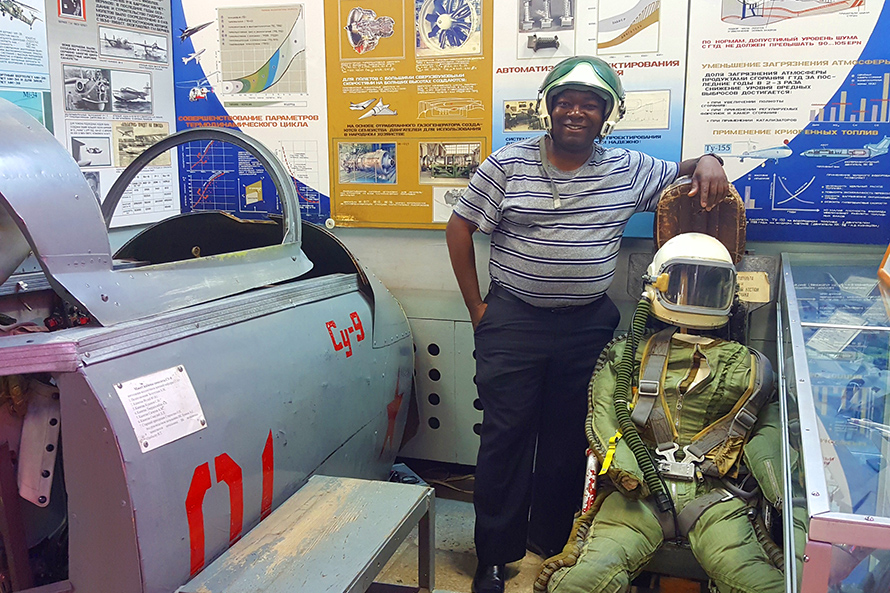 – Did you have problems with the legalisation and recognition of a degree from a Russian university?

– I had my degree translated and apostilled in Moscow. In Montreal, I only had to complete the recognition procedure. I had no problems with it. Perhaps, things are different in other areas. But doing it in the aircraft industry is simple if you’re a specialist.

– Did you find a job at an aircraft company?

– Yes, I was invited to Bombardier where had I had a two-hour interview, after which I was hired as an engineer for the Learject 85 programme.

– What are your career development benchmarks? 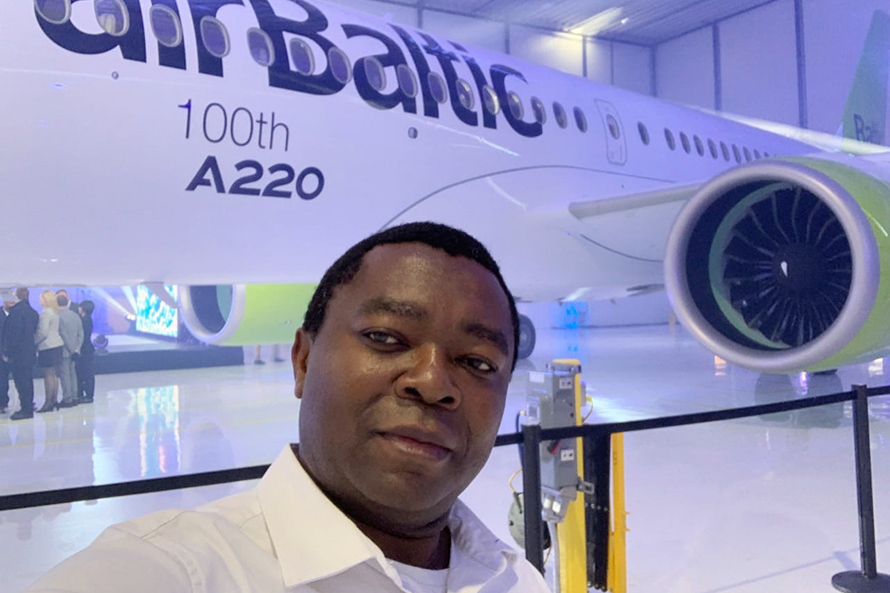 – How do you use the knowledge gained at Samara University?

– The basic aircraft design principles are the same for all planes. Everything I learned in Samara came in handy. For example, hydraulic system faults are the same as those we studied at the university. I can tell you that I sometimes re-read the electronic Tu-154 manual to look for solutions of technical problems or see the design of certain nodes.

– Did you have time to travel in Russia when you were a student?

– Of course. I visited Moscow, St Petersburg, Kazan, Tver, Anapa, Gelendzhik and many other places together with my friends.

– Peterhof. It is a wonderful place; I visited it several times. Red Square in Moscow is second in terms of impressions. Also, I found the Kazan Kremlin and the beautiful Kazan city amazing. But Samara will forever remain my most favourite city.