Naberezhnye Chelny is a big city in the northeastern part of the Republic of Tatarstan, on the left bank of the Kama River and Lower Kama Reservoir.

Naberezhnye Chelny is a city of many cultures and religions. Largest ethnic groups include Tatars and Russians, they account for 47.42 % and 45% of the population, respectively. Naturally, there are many Orthodox churches and mosques in Naberezhnye Chelny. Tauba (“repentance” in Arabic) Mosque on the bank of Kama is a major religious magnet for the Muslim population.

Orthodox citizens flock to Borovetskaya Church and Holy Ascension Cathedral. Built in 1872, the church today is protected as an architectural monument of regional significance.

World-renowned KAMAZ trucks that have won many Dakar Rally trophies are made in Naberezhnye Chelny. Visit the History Museum to learn about the history of motorized troops, automotive industry and KAMAZ trucks in particular. Exhibits include military vehicles of various eras, documents, photos, etc.

Flower Festival is held in Naberezhnye Chelny every year on the Republic Day, the 30th of August. It features a colorful carnival, flower bazaars in the streets, fanciful flower figures and sculptures next to which townsmen love to take selfies.

City of Chess and Stadia

Naberezhnye Chelny has several large stadia. The biggest one is called KAMAZ, just like the local soccer club and the rally team that participates in international high-profile championships. The city is home to the first Central Chess and Checkers Club in Russia, also called KAMAZ. It was recognized as the 3rd chess club in the world in 2007.

There are numerous tourist camps strewn along its shores, but a sizable part of it belongs to Kamsko-Ikskiy Reserve and Lower Kama National Park.

One in two tourists start their discovery of Naberezhnye Chelny with a visit to this man-made sea, offering speedboating, fishing and picnicking opportunities. 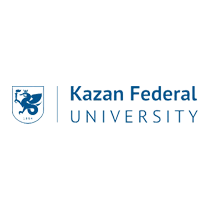