Obninsk is a town in the Kaluga region located 105 kilometres southwest of Moscow. It is here that the world’s first nuclear power plant was launched.

Aside from the pilot NPP, Obninsk launched a fast neutron rector, a weather tower and a submarine crew training centre. The 310-meter high tower is Europe’s tallest meteorological facility. It has no foundation as such resting on a huge sphere and supported by steel cables. Obninsk has ten research institutes in various branches of science. In 2000, it was awarded the title of science town for its contribution to national research. Science-inspired names are ubiquitous in the town. Its coat-of-arms shows an atom (Atom is also the name of a local entertainment centre), the frontage of a former plant is sporting an Einstein formula and one of the stores was named after chemical element Radium; it sells stationery and sport and musical goods.

The world’s first NPP was launched in 1954. It had one water-cooled graphite moderated reactor which generated electricity and served as a research platform. The NPP was shut down in 2002 after 48 years of operation. Nowadays it accommodates the Museum of Nuclear Power Engineering; only pre-registered group tours are available.

Obninsk is a small town but it can offer a lot to students in the way of recreation such as a large entertainment centre with billiard and bowling facilities, a game room and a sport bar, various cafes and restaurants, several night clubs and karaoke bars, and concerts and festivals. Active recreation enthusiasts can go for paintballing in the extreme park which has courts for beach volleyball and five-a-side football, a quad biking track, a trampoline centre and a sport complex with swimming pools and a skating rink. Obninsk has a rollerski track in a forest; it is lit till 22:00. Snow Park is a mountain ski resort in the outskirts of the town on the bank of the river Protva; if you ride to the top in a cable car you will see a beautiful view.

The town has several locations associated with outstanding nuclear physicist Igor Kurchtoav who led the project to launch the world’s first NPP. A monument to Kurchatov is in the square next to the Central Institute for Continuing Education and Training. Another monument respected by townsfolk is the Learned Cat near the House of Scientists: a well-fed feline wearing round spectacles and a jacket holds a book and a scroll in its paws; there is a granite slab in the background at which the student is supposed to grind away to become an outstanding scholar.

A musical fountain is in Pobeda Square next to the Eternal Fire in central Obninsk; jets of water sparkle with different colours in tune with the melody. The fountain looks spectacular at night-time.

The old Belkino Park with cascade ponds is located in the northwest of the town. Visitors can take walks along pathways, sit in a cafe or in the Lovers’ Summer House on the bank of a pond or picnic on the grass. The boating station offers boats and paddleboats for rent. A small stage was built in the park for weekend concerts. The area used to be the Belkino estate founded by boyar (nobleman) Ivan Otyayev, nicknamed Belka, in the 15th century. The mansion now lies in ruins with fragments of frescoed brick walls. There is the well-preserved Church of Boris and Gleb built in 1773 in the vicinity.

Visit the local history museum if you wish to learn more about Obninsk. It has about 60,000 exhibits. On display are ancient tools, cold steel and clayware, cult objects found on excavation sites around the town and costumes of 19th century peasants who lived this area. A large part of the display is devoted to 20th century events such as the launch of research centres in the town and the building of the first NPP as well as to outstanding Russian scientists who worked in Obninsk.

In the Vicinity of the Town

The ancient town of Borovsk is located 20 kilometres from the town; it is believed to have been founded in 1358, but archaeologists said a settlement existed at the place as early as the 12 century. It is a town of churches with ten orthodox temples and the St Paphnutius Monastery. Borovsk sits on hills which makes the town landscape quite peculiar. The town centre still has intact 19th century merchant houses, wooden houses with fretwork, industrial buildings and rows of shopping stalls. The walls of some buildings have unusual paintings made by local artist Vladimir Ovchninnikov. 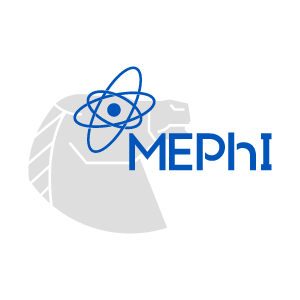